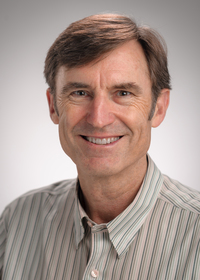 “Once science has been established, once a scientific truth emerges from a consensus of experiments and observations, it is the way of the world. What I'm saying is, when different experiments give you the same result, it is no longer subject to your opinion. That's the good thing about science: It's true whether or not you believe in it. That's why it works.” — Neil deGrasse Tyson

Monterey offers some of the best diving in the world. If you're visiting the San Francisco or Monterey Bay Area from some other part of the world and want to see what it's all about, rent yourself some gear, give me a call, and I'll show you around. If you're local, call me too, since you just can't ever meet enough divers! More...

I've crewed on Bullet, an Express 37, under the helm of Mike Maloney. Previously, I crewed for three years on Shenanigans, a C&C 36, first with Mike Maloney and then with Dave Fiorito. I also crewed for Tom Sanborn for a couple of years on City Lights, a Santa Cruz 52. More...

I worked in the Kepler Science Operations Center (SOC) at NASA Ames Research Center from 2006 through 2011 and then off and on until Kepler's closeout in 2020. Kepler was NASA's first mission to find planets in the habitable zone (around other stars, silly!). Check out the Kepler page for the science behind the mission, photos, and videos of the assembly of the rocket, and the countdown to and webcast of the launch! See me on NPR!

In 2011, I joined the SOFIA mission, a 747 with a 2.5 m infrared telescope mounted in the tail. See me discuss the mission with a couple of colleagues at a SETI Facebook Live event.

I joined the Kepler follow-on mission TESS, the Transiting Exoplanet Survey Satellite, in 2016.

My latest project, started in 2020, is to port the Kepler and TESS pipeline to other NASA missions such as the Surface, Biology, and Geology (SBG) survey, which is a part of the Earth System Observatory (ESO). See also the JPL site.

And yes, except for the Kepler (RIP), I'm working these at the same time.

This section contains photo essays of trips I have taken. The ones listed here are annual highlights, but you can also view all of the journals if you wish.

Our gang goes muck diving and beyond.

Bill and Lori revel in the amazing wildlife with Dan, Deb, and Jeanne.

Bill and Lori and Steven's dive buddies book an entire boat and enjoy the last of the best diving in the Caribbean.

Bill and Lori and Deb all go diving in the Caribbean (again) in search of the legendary Blue Hole .

Bill and Lori hike across Iceland. In the rain.

The NASA SOFIA 747 SP outfitted with 2.5 m infrared telescope is deployed to Christchurch, New Zealand, and Bill goes along for the ride.

Bill and Lori go diving with their hiking bud Deb on another Aggressor in the Caribbean.

Bill and Lori hang out with the big fish in Micronesia.

Bill, Lori, her brother Steven and his girlfriend Denise dive in a tropical paradise.

Oh boy! Oh boy! Oh boy! In which Bill and Lori get to see the Kepler spacecraft get launched into outer space. Kepler is NASA's first mission capable of finding Earth-size planets in the habitable zone of solar-like stars. Bill has been writing software for the Science Operations Center (SOC) which is responsible for the mission's data analysis.

Bill and Lori fly to Maui for diving and a wedding, and hop over to the big island for some volcanoes.

Bill, Lori, her brother Steven and his son Andrew take their first dive trip together. And live to tell the tale.

Bill finds brass survey marks in the middle of nowhere.

Where Bill and Lori discover how little we've evolved.

Bill and Ken's solution to a down economy--go cruising!

A pictorial of a camping trip around the US that Lynn and I took the summer of 2002.

Here you'll find the pictures of our tour through Asia and Australia which can be viewed by roll, or by keyword. Someday, it'll have text and the quality you've come to expect.

A fairly interesting group of words depicting some events during my years in Germany.

This is a small collection of random essays on things on my mind. These essays were written before the time of Content Management Systems (CMS) such as Medium or Drupal or social media sites such as Facebook. Therefore, you'll have to interact with these essays via email.

If you're curious about my camera, or the software tools I use to crumple and manipulate the photos on this site, this is the page you seek. You'll find this link on the bottom of every page on this site for your convenience.

This page documents how I scanned in the images from the World Tour. Topics include hardware, software, technique, and references, and information on how to deliver those pictures to the Web.

My notes on scanning an atlas to provide maps for a travel story.

My go-to cookbook is Mark Bittman's, and I get a lot of recipes online, particularly from Cook's Illustrated, but there are few handwritten recipes you can find here.

I (used to) participate in the SETI@home project. Click on the image at right to see how I'm doing I did.

For the folks who appreciate the finer things in life: a crisp, clean lager, a rich chewy Guiness, an elegant line of code. Beer, wine, and scotch tasting notes. What more do you need?

Stuff I'm selling goes here and on Craigslist. Maybe you'll get lucky and I'm selling something you want.